Alternative fuels are transportation fuels derived from sources other than oil. Fuels can be produced from a variety of feedstocks such as food waste, natural gas, and renewable energy. Most fuels can be used in any vehicle class (light-, medium-, and heavy-duty), but the availability of alternative fuel vehicles (AFVs) and their suitability for different applications varies. This page provides a brief overview of the most common alternative fuels, AFV types, and frequently asked questions on state fleet uses and policy issues.

CNG: Compressed Natural Gas (CNG) is produced by compressing natural gas to less than 1% of its volume at standard atmospheric pressure. To provide adequate driving range, CNG is stored onboard a vehicle in a compressed gaseous state within cylinders at a pressure of 3,000 to 3,600 pounds per square inch. CNG is used in light-, medium-, and heavy-duty applications. A CNG-powered vehicle gets about the same fuel economy as a conventional gasoline vehicle on a gasoline gallon equivalent (GGE) basis. A GGE equals about 5.66 pounds of CNG.

Electricity: Plug-in electric vehicles (EVs) have onboard rechargeable batteries store energy to power electric motors. All Electric Vehicles (AEVs) are powered solely by the battery while Plug-in Hybrid Vehicles (PHEVs) can be powered by the battery or an internal combustion engines. Vehicles running on electricity produce no tailpipe emissions, but there are upstream emissions created in the electric generation process which vary depending on the source.

Ethanol: Ethanol is available as E85, a blend containing 51%-83% ethanol depending on season and geography for use in Flexible Fuel vehicles. E15 is defined by the Environmental Protection Agency as a blend of 10%-15% ethanol with gasoline. It is an approved ethanol blend for model year vehicles 2001 and newer.

Hydrogen (gaseous): Hydrogen is a compressed gaseous fuel typically used in a fuel cell to power an electric motor. The fuel can also be combusted in an internal combustion engine. The interest in hydrogen as an alternative transportation fuel stems from its ability to power fuel cells in zero-emission electric vehicles, its potential for domestic production, its fast filling time, and the fuel cell’s high efficiency.

LNG: Liquefied natural gas (LNG) is produced by purifying natural gas and super-cooling it to -260°F to turn it into a liquid. During the process known as liquefaction, natural gas is cooled below its boiling point. The remaining natural gas is primarily methane with small amounts of other hydrocarbons. Because of LNG’s relatively high production cost as well as the need to store it in expensive cryogenic tanks, the fuel’s widespread use in commercial applications has been limited. LNG must be kept at cold temperatures and is stored in double-walled, vacuum-insulated pressure vessels. LNG is suitable for trucks that require longer ranges because liquid is more dense than gas (CNG) and, therefore, more energy can be stored in the same tank volume. LNG is typically used in medium- and heavy-duty vehicles. A GGE equals about 1.5 gallons of LNG.

Propane: Also known as liquefied petroleum gas (LPG) or propane autogas, propane has a high octane rating, making it a suitable choice for spark-ignited internal combustion engines. It presents no threat to soil, surface water, or groundwater. Propane is produced as a by-product of natural gas processing and crude oil refining. Propane is stored onboard a vehicle in a tank pressurized to about 150 pounds per square inch about twice the pressure of an inflated truck tire. Propane has a higher octane rating than gasoline, which prevents engine knock. However, it has a lower Btu rating than gasoline, so it takes more fuel to drive the same distance.

Renewable Diesel: Broad class of fuels derived from biomass feedstocks, including soybeans, animal fats, and waste oils and processed through hydrotreating or Fischer-Tropsch synthesis. This fuel meets petroleum diesel specifications and can be used in unmodified petroleum diesel engines or fueling infrastructure.

The US Department of Energy’s Alternative Fuels Data Center  (AFDC) has a wealth of resources on different AFV options, including a publication listing 2018 model year AFVs. 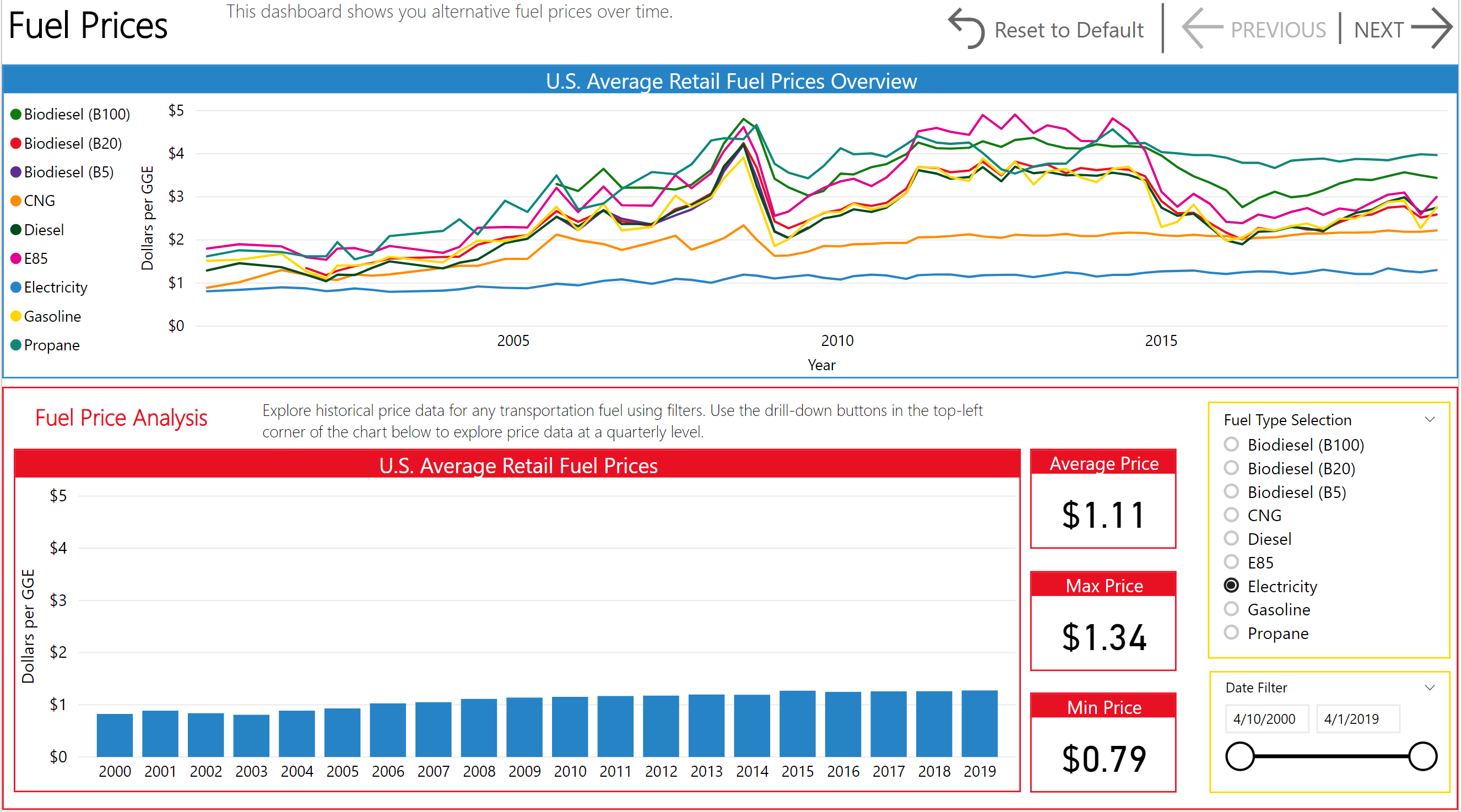 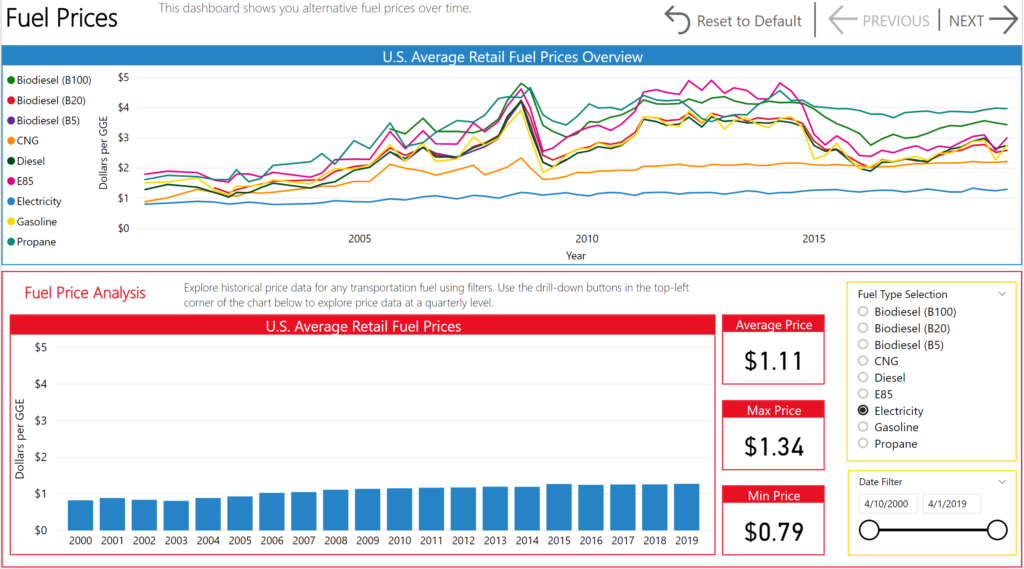 The AFDC has an alternative fuel station locator  with verified locations of biodiesel, CNG, electric, ethanol, hydrogen, LNG and propane which is updated regularly as new stations come online.

The AFDC has also developed smartphone apps to access the fueling locations which are available for download as an iPhone app  or Android app.

How will states fund highway infrastructure when vehicles are not contributing gasoline taxes?AFV Toolkits2018-04-05T11:59:19-04:00

How will states fund highway infrastructure when vehicles are not contributing gasoline taxes?

AFVs are still a small proportion of the overall fleet in most states, so the issue has not had major impacts on transportation funding yet. Several states have enacted added fees for AFV registrations and/or volumetric taxes for AFV fuels similar to gasoline taxes. The National Conference of State Legislators has resources  tracking state incentives and fees for AFVs.

Where can I find information on VW diesel settlement resources for AFVs?

Consult your state’s “designated beneficiary” for information on VW spending priorities for medium and heavy duty AFVs and AFV fueling infrastructure. In most states this will be the environmental agency. Additional VW settlement resources are available at the National Association of State Energy Officials , the National Association of Clean Air Agencies , and the Atlas EV Hub.

Who can help me figure out the best AFV options for my fleet?

Local Clean Cities Coalitions  offer many resources for AFV fleets and are often the best place to begin.

A number of other internet and conference resources are available for those looking to go deeper, including:

What are the economics of including AFVs in fleets?

Check our AFV fuel price dashboard above or our AFV cost calculator  to better understand the total cost of ownership of AFV options.

Federal and state tax credit programs are available to reduce the purchase cost of AFVs, so tax exempt public agencies may want to explore leasing options with private companies to access these incentives. The EV Smart Fleets  project includes a case study of capturing the federal tax credit for electric vehicles .

Where should my agency begin?

We recommend starting with our AFV action guide for state and regional transportation agencies.

How are state DOTs using AFVs in their fleets?

The development of the AFV toolkit included several workshops with State DOTs. A series of fact sheets  are available with more information on DOT fleet use of AFVs.

For More Information on Alternative Fuels